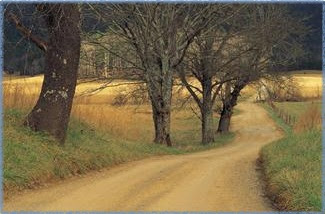 I’ve written, the last couple weeks, about where I got the idea for my book.  I said I was writing what I know.  In retrospect, I suppose it is a little misleading to say the events in my story are loosely based on my own life experiences.  Yes, I live in the Pacific Northwest (God’s country without a doubt).  Yes, I was in the Navy (as was my main character).  And, just like “Christine,” I too have an over active imagination sprinkled liberally with pessimism and dabbled with paranoia.  But, unlike poor Christine, I have never been hiking alone in the remote wilderness when I stumbled across a fresh murder scene.  Although, I have wondered what I would do if I ever did.  Hence the idea for my book.
(Wow, I never before noticed her name was an unintentional nod to the great Stephen King…and classic cars, both of whom I adore).
A couple weeks ago, I received a thought provoking blog comment from one Chuck Barrett (http://chuckbarrettbooks.com/).  After he assured me that fishing in the pool of one’s own past for ideas is not a cop-out, he added, “How many horror writers actually experienced all that slashing?  Most just reached into their soul and conjured something that had excited their imagination.”
Well, then…that’s exactly what I did.  Let me tell you how my story developed.  How something “excited my imagination.”
Out for a walk along a desolate country road, I was distressed by all the garbage in the ditches.  I saw a little of everything.  I joked that all the sins of society were present and accounted for - alcohol, cigarettes, fast food and even a porno.  This was when my horror writer's imagination took over and saw a foot, a severed human foot, lying in the ditch next to one of the abandoned beer bottles.  In real life, I realized I was the only one around.  Indeed, nothing moved as far as my eyes could see.  The only sound was the crackle of a white plastic shopping bag trapped against a fence post.  I was actually feeling a little spooked by my own scenario when a beige, early 80’s model Ford LTD drove up behind me far slower than the posted speed limit.  Cigarette smoke and the thump of the stereo poured out of the open window as it rolled by.
This set the story into overdrive.  Find a severed body part and then the murderer finds me.  Imagine how I felt when the same car (in real life) drove back by me a second time a few minutes later.  And, maybe a half hour later, would you believe a third time and that I saw it turn DOWN THE ROAD TO MY HOUSE?  Do you think I wanted to go home?  But, I convinced myself the guy was lost or something and I shouldn’t meld an albeit strange coincidence into my fake finding of the foot.
After much effort, I was able to convince myself to abandon my delusion and turn onto the two-lane, unmarked road off of which several private drives wind back into the woods.  The car was nowhere to be seen.  I felt silly.  About a mile down the road, I made the final turn onto the dead-end lane that leads to only four driveways – one of which was mine - and saw the car idling in the drive at the far end.  He saw me (or not) and left, hurrying past me for the fourth and final time.  At this juncture, I'd say my fears were justified (and I jotted down his license plate).  But, that was it.  That's all it took.  The story was born.

Yes, the “bad guy” in my book drives a white Ford LTD although he looks little like the teen in the car.  But no, thank God, I haven’t seen him again…or any dismembered body parts.
Posted by Susan Wenzel at 9:25 AM No comments:

The doctor is in

Last Wednesday I wrote about writing what I know.  I guess I should come clean and admit (to you and to myself) that I have based more than a few of my character’s issues on my life experiences.  A lot – most of it - is soon deleted because it really has nothing to do with the story line, but it is very therapeutic to puke it up and put it on paper.  I’ve exorcised more than a few demons through my writing.  Here’s one…
“Christine” found the military to be a sexist place to work.  There are few truer truths.  We all pretend women get equal billing in the military, but this is simply not true.  Sexual harassment is alive and well despite all the mandatory training (hell, I came in at a time when it was not only prevalent but also accepted and expected.  Nothing – NOTHING – was done about it.  Nothing.).  Sex discrimination was something I dealt with almost every single day in one way or another.  All the while I had to pretend it WASN’T HAPPENING.  I was expected to do my job and SUCK IT UP BUTTERCUP.
Maybe I was too sensitive.  No…I wasn’t, because I didn’t let it bother me - then.  It was far easier to ignore it.  I learned to roll with the punches and MAN UP.  But, in writing this story, I’ve discoverd it must have bothered me far more than I realized.  Or, maybe it’s just good story fodder.  Either way, it's in there.  To quote myself:
"Although plenty of women served, the ones that succeeded did so by conforming to the male way.  By slowly but surely whittling away at their femininity, many even started to look like men.  Few women she’d ever worked with, especially on the ships, wore makeup or did their hair – nothing.  Nearly every female senior officer she’d ever worked for was tough as nails, some even bordered on mannish.  It was easier to blend in – to camouflage."
Disclaimer:  Query 100 women who have served or still are serving in the military, and you will get 100 individual opinions.  This is just one.  Mine.
Posted by Susan Wenzel at 11:43 AM No comments:

I am writing about what I know – mostly.  I combined ideas I’ve had with moments I lived, blurred them a bit and augmented them with subject research.  Yes, my story is roughly rooted upon my experiences; however, I am not writing a biography - she (my main character) is not me.  Not even remotely.  She is a figment of my imagination but was born of my memories.  Maybe it was easier starting with what I know.  Maybe not.  Right now, one would say I am writing in my comfort zone.   It’s anything but, though.  It has caused me to dig up some old bones – none of which actually made it to the page.
Writing about what one knows is like riding a bike with training wheels or splashing around in the shallow end of the pool.  Is it safe?  Definitely.  Is it a cop-out?  Maybe.
I have to respect anyone that can create a full story based on pure fiction.  It has to be much harder to start from scratch.  Stephen King admits he had a difficult time writing Carrie because he knew nothing of the subject matter – teenage girls.  But, I have to say, it is one of his best.  It might even be my favorite.
Good stuff, huh?  So, what makes for the better story?  Writing about the familiar or jumping off the high dive into the deep end where one must flail about until they can learn to swim.
I really don’t know.  But, I’m going to finish my work in progress and maybe in the next story, I will be ready to take the plunge into the unknown.
Posted by Susan Wenzel at 2:01 PM 2 comments:

So, I guess I’m officially editing my story now.  I try to think of it as a sculpture.  I can clearly see the shape it is destined to take and whittle away at the block of marble, koa wood, or soap (you pick one) little by little, smoothing away the unwanted with progressively finer tools.  I’ve heard, if one wants to carve a horse, for example, one needs to to chip away everything that doesn’t look like a horse.  In the case of my writing, I’m deleting everything that doesn’t look like the plot and, unlike carving, I can add back in pieces that seem to fit.  While my story is far from perfect, I can see it progressing. 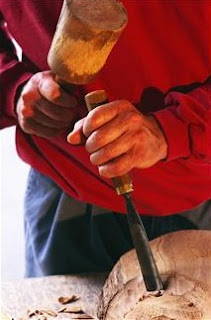 Due to a recent, particularly brutal bout of revisions, I came away battered and bruised by the effort.  It was then that I realized editing is less like carving and more akin to stuffing my less than perfect self into a pair of Spanx.  It is a painful and tedious process but the end result is a smooth silhouette with no visible lumps or bulges and zero VPL (which, for those of you who don’t know, that stands for “visible panty line."  I did not know this but was recently enlightened.  Who knew?)
I guess what I am saying is that I know the end result will be worth all the effort.  I must keep on mashing and manipulating, tweaking and twisting, smashing and squashing until the story flows smoothly with no wrinkles or hitches and zero VPL (Visible Plot Lines).
Or maybe, writing is even more like giving birth…the end result of all that agony is something beautiful created wholly by me.  Something I can be proud of.  Something I’d like to do again.  But not until I recover a bit…
Posted by Susan Wenzel at 6:27 PM No comments: