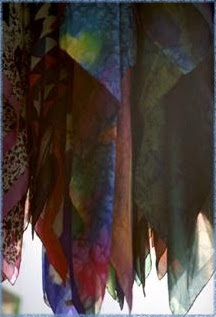 Ok...so I was reading a fellow writer's blog. She wrote a short piece – precisely 100 words – dubbed "flash fiction."  This shortest of the short story ideally should be the first thing that pops into the writers mind.  Some are 300 words, some are more and some are far less.  Most seem to be less than 1,000 words.  Flash fiction is designed to be precise and concise and perhaps train the writer to not waste words – to make each and every one count for something.  I know I can be rather wordy when I write and took the micro-fiction challenge.  As a note, I also only gave myself 30 minutes to complete the piece.

Presenting for your critical review, my first attempt at fiction in a flash!

She watched the iridescent droplets of oil undulate on the surface of her coffee, but her mind was elsewhere.  Why had she agreed to go on the buying trip with Bill?  The fact that their divorce was amicable did little to temper her worries.  They divided the marital assets but neither wanted to resign from the textile firm they’d started two decades ago.  Managing to stay out of each other’s way hadn’t been difficult, but this latest crisis changed the rules.  And now she was headed back to Bali with him to the very place where it had all begun.

I challenge you to give it a try.  You too might be surprised at what you can come up with.  I sure never thought I would write anything this close to a romance...
Check out  my inspiration for this project http://susielindau.com/
Posted by Susan Wenzel at 10:00 AM 8 comments: 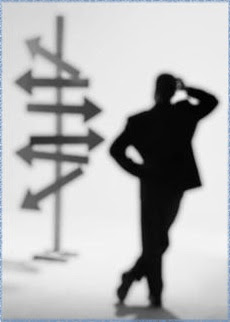 I know why I am writing – to get the story out, to see it develop, to discover how it will all end.  All of these reasons have been said many times before and all reinforce the fact that I can finally admit I am writing for myself.  But now that the gist of it is done, and now that I have been spinning my wheels editing for a couple months, I am contemplating my intended destiny for the story.  Would anyone else actually want to read it?  It there any purpose in my effort to perfect the prose?  Is it good enough?  Is it unique enough?  Should I continue trying to fill in the gaps?  And, why?
Is this a normal step in the life of a writer?  (Yes, I just called myself a writer.)  Does everyone ask themselves these questions?  Did Herman Melville wonder who in their right mind would want to read a story about a fishing trip?  (Trivia: Moby Dick was published exactly 160 years today)  Did Norman Mailer worry that 300,000 some words might be a bit much?
Out of sheer exasperation/frustration/confusion/bewilderment, I technically haven’t looked at the story for about two weeks.  Less jotting down an idea or two, my words have stagnated on my laptop.
However, despite the lack of physical work, the perils of Christine have never left my mind.  As I contemplate continuing, I look for signs that I should keep on keeping on.  I have found not a one – at least none that have blasted out of the sky like a booming voice or a burning bush.  I suppose the answer lies in the fact that I am still thinking about it.  Daily.  Since I feel I still have something to give to the project, I guess it’s time to make a u-turn and head back to the very beginning.  (It’s a very good place to start so says Julie Andrews…)
Posted by Susan Wenzel at 11:23 AM 4 comments: 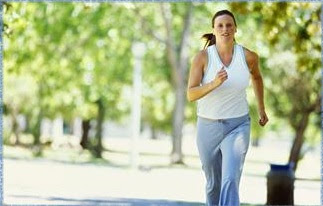 I paused my writing to get deeper into the mind of my main character.  As I tried to understand what it might feel like to really be chased by a bad guy, I was reminded of a disturbing incident I had tucked away deep inside my own mind.
Years ago, I was in San Diego for a six month long Navy school.  As per military requirements, and because I was bored to death (the family stayed behind in Virginia Beach), I ran nearly every afternoon.
We were let out of class around 2:00PM one particularly gorgeous California fall day, so I started out on a 6-miler along a popular jogging trail that unfortunately at that hour was empty.  In the meticulously landscaped garden section I loved, I noticed a lone man sitting on the back of a bench alongside the trail.  He didn't seem particularly nefarious looking, indeed he appeared to be quite “normal.” (Isn’t that what they say about most serial killers?)  So, when he said, “Hi,” I nodded in reply as I passed by.  But when he jumped down and started to run a short distance behind me, I began to worry a little.  He was wearing blue jeans and boots – not your usual work out attire.  When he was still there a half-mile later, my spidey senses began to tingle.  I turned the volume down on my headset, and I heard him jog closer.  He was right on my heels.  I switched to the other side of the road.  He continued to pace me across from the street.  I tucked my keys one between each of my fingers and made a fist.  He switched sides again and fell into place behind me so close I could feel his breath tickling the hairs on the back of my neck.  There was not a single soul around and no place to get help, so I stopped and turned to him thinking direct confrontation might intimidate him – or at least let him know I was not afraid (when indeed I was terrified).  I asked him what he wanted, to which he replied, “I want to talk to you.”  I said I didn’t want to talk to him and that he needed to leave me alone.  I crossed back across the road as did he.  By now I was convinced he had motives other than getting in shape on his mind.
I finally reached the turnaround where there were several large hotels and ran inside the very first one.  He followed me into the courtyard but disappeared among the trees when I approached a staff member.  The concierge must have seen the fear on my face and asked me what was wrong.  I explained the situation and he called security to look for the man.  San Diego police also came and took a report and then offered to escort me back on base to my room.  I was embarrassed to have to ask for help because of my own stupidity – running alone along a deserted trail - but gladly accepted their offer.
I never again ran that route even when it was heavily populated.  In fact, I never again ran off base.  Sometimes I wonder what could have happened.  I always fear the answer.  Even recollecting this story for my blog entry is giving me an anxiety attack.  Stomach pains, tears of frustration, a shortness of breath and a tightening in my chest…As much as I hate to feel like this, it does help me understand what Christine must be going through right now.
Back to the story…
Posted by Susan Wenzel at 11:25 AM No comments: