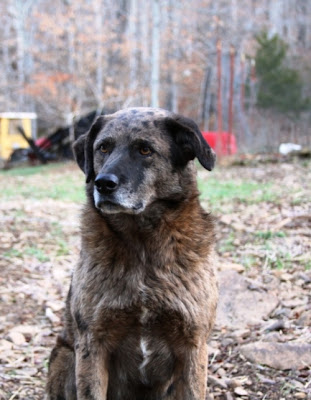 Bud and I were at the Willow Drive address.  “Sheeet,” he said.  “Look at all this crap!”

“The bank said get it done today. Quit your bitchin and start loadin,” I told him.

Bud kicked a pile of tires but began heaving busted toys and bags of trash into the truck.

“Stupid, lazy sons a bitches. Three washers? Who has three washers, Jim?!  I can’t believe they moved and left all their junk!  Nothing but junk,” he griped.

I sighed.  Bud complained a lot, but he was a good worker.

We have an 11 year-old black lab we rescued this summer.  Her family owned her since she was a pup and decided they wanted to travel and “didn’t have time for a dog anymore” or so it said on her paperwork.  An inside dog, she’d been left out in the backyard for weeks before they finally took her to the pound (better than just letting her loose, I guess).  Her situation broke our hearts, so we recycled her.  Here’s my Mindy with her rescue brother PeeWee: 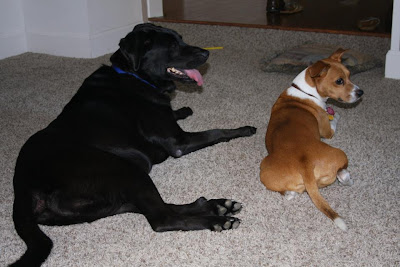 One man’s trash is another man’s best friend…

See http://madisonwoods.wordpress.com/ for the weekly photo prompt.  Read what the #FridayFictioneers have to offer on her blog and on Twitter!
Labels: Flash Fiction