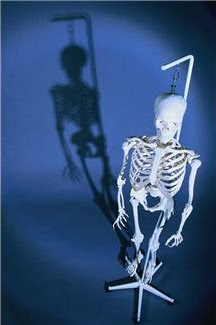 A few weeks ago, I sent my 65,000 word novel off to an independent publisher in Seattle.

And, now I wait.
When I was writing the story, I often thought of it as a human being.  I built the skeleton first, and one by one added the muscles and essential organs.  Then I put the nervous and circulatory systems into place to ensure all the parts of the story were connected.  Lastly I added the skin and facial features to encapsulate my words and make the finished product more appealing to the eyes/mind.
One of the hardest things about building my story was discovering many, many benign tumors that needed excised.  While they apparently did no damage to the body as a whole, I had to admit that the story was much healthier when they were gone.

Like the proud parent that I am in real life, I was ecstatic when “Rebecca” could stand on two feet and eventually even began to think for herself.
Like the anxious parent that I am in real life, I hesitated for months before sending my finished work out into the real world.  I wanted to make sure that Rebecca was perfectly prepared to live by herself without my guidance and tutorage.  I would think she was ready to go and find her shirt needed ironed, or hair needed trimmed, or she had a smudge of food on her face.  Finally, I knew it was time to let her go and see if she would be accepted by society.

And now I wait.
Funny, I don’t really think of the story as my child (I picture myself more as a mad scientist) but those correlations are endless.  For instance, now that I gave the first one my all – put in my very best effort to raise it right – I am starting all over again with number two.  And, just as different as two children can be, these two stories are nothing alike – other than the fact that they come from the same lineage. (The first is an introspective military/survival/murder thriller and the second is a more humorous but still dark take on vigilante society women...)

Will my creation be accepted by this publisher or will I need to have her come back home for more preparation before driving her back to the bus station to try yet again?  I do not know.  But patience is a virtue…one I do not have, so while I wait, I write.  "Justice Mae Applebaum" needs a femur.
Posted by Susan Wenzel at 11:04 AM